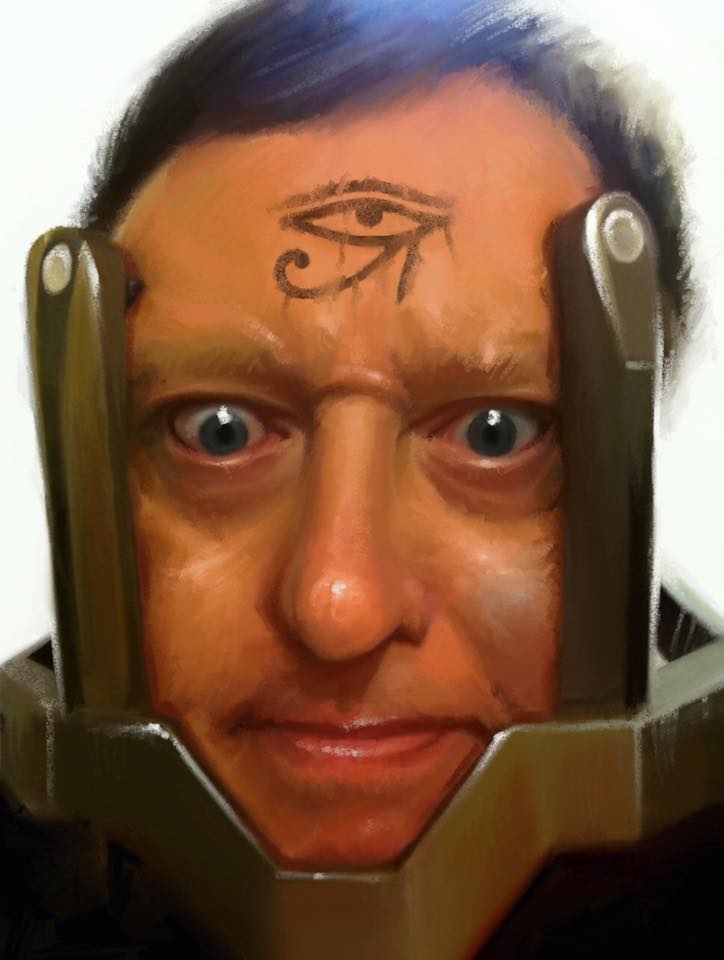 Allan Goodall was born in Glasgow, Scotland, but moved to Oshawa, Ontario, Canada at the age of four. He lived in Ontario for 35 years — 12 years in Toronto — but now he lives in Louisiana, USA with his wife, Alana. His stepson Logan moved out in 2019 to join the US Army as a satellite communications operator. By day Allan works for a software company as director of software development; by night, he writes roleplaying games, plays games of all types, and gets far too invested in the fate of the Dallas Stars hockey team.

Allan's first love is games. He began playing miniature wargames at the age of 11 and received his first board-based wargame — Avalon Hill's Panzer Leader — for his 13th birthday in December of 1975. He was introduced to roleplaying through the red box edition of Dungeons and Dragons in 1977. In 1983 he began playing the horror roleplaying game Call of Cthulhu. This led to Delta Green — a modern day conspiracy game of Lovecraftian horror — in 1997. Other games he's played (or, most often run, as he's usually the GM) include RuneQuest, Stormbringer, AD&D, Warhammer Fantasy Roleplay, Feng Shui, Savage Worlds, Fiasco, and Wild Talents. While the game that had the most influence on his GM-ing style was Paranoia, but his absolute favorite RPG is Godlike.

His first professional writing credit was the story "At My Chamber Door" for the Winter 1991 edition of On Spec, the Canadian SF magazine. He also had reviews published in the now defunct MARS game magazine. In 2008, Allan completed This Favored Land, a supplement to the Wild Talents roleplaying game set during the American Civil War. The book was published by Arc Dream Publishing in March, 2009. 2010 saw the release of Black Devils Brigade, a full-length campaign for the Godlike World War II superhero game. His other writing credits include other Godlike supplements, an adventure in the Ennie Award-winning Call of Cthulhu anthology, Fear's Sharp Little Needles, and The Silver Pavilion in the upcoming Reign Realities book for the second edition of Greg Stolze's Reign RPG.

He is currently between writing gigs.